A key aspect of naval warfare involves very large ships lobbing very large shells at each other - and more often that not missing and hitting the water instead. 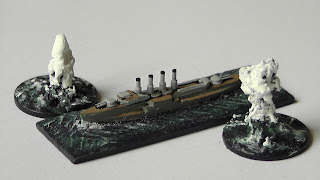 Here is the Scharnhorst taking a pasting with some shell splashes I made this week.  And this is what I started out with - two dozen random screws from the spares jar stuck to some 1p coins with PVA (my glue of choice). 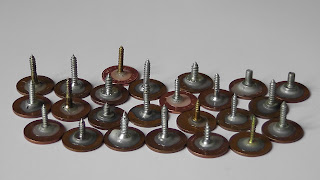 I then coated them with some Ronseal wood filler - this happens to be walnut flavour.  It's pretty good stuff as it dries hard and can be quite finely textured. Note that I generally tried to make them as narrow as possible at the bottom, widening out as they went up. 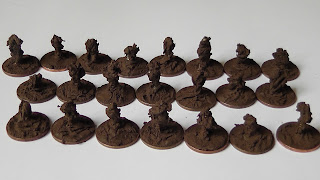 After undercoating them in matt black, more to seal them than anything else, I painted the bases Lufthansa Blue (which is a bit glossy) and the water spouts in matt blue-grey. 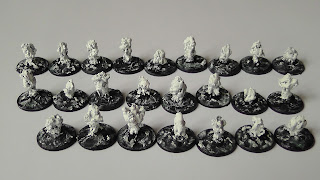 The bases were then dry-brushed with matt Seegrün and then with matt white to pick out the wave tops.  The spouts were just painted white with the grey layer showing through in places. 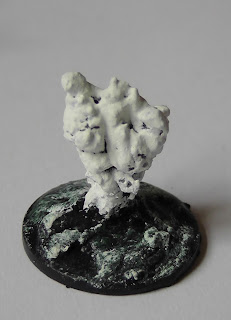 They are probably a bit big for 1/3000 scale models but I couldn't make them any smaller really (I wasn't going to buy really small screws specially for this exercise, although I may do so now that I think they've worked out OK) and anyway, I think they look fine. 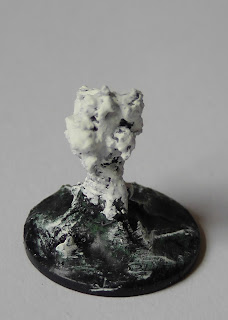 They are all different of course and I quite like the way the glossy blue with green and then white dry-brushed over it gives the base of the spout a glassy effect.
Posted by The Wishful Wargamer at 16:41

What a great idea and wonderful tutorial; thank you.

Great idea...I'm off the shed for some wood filler and tiddly screws!

Just hooked up with you today. Great modeling: Eye catching and functional. Thanks.

Thanks guys, I appreciate the kind words. Bodging things from odds and ends has always been an enjoyable (and cheap) part of the hobby. Cheers WW.

I like it
I must have a go to

Very nice work I did something similar using clump foliage as the medium for the explosions. I shall give this a go

Maybe slightly smaller ones could be based on roofing tacks?

Great idea. I've used flat head tacks (the type you use to nail felt to a shed roof) ten built the wood filler up over a couple of hours (one base level, one to build up the thicker part at the top of the splash then the last small bits to give texture. The smaller base of the nail makes it fit the scale of 1/3000. Thanks for your great tip.